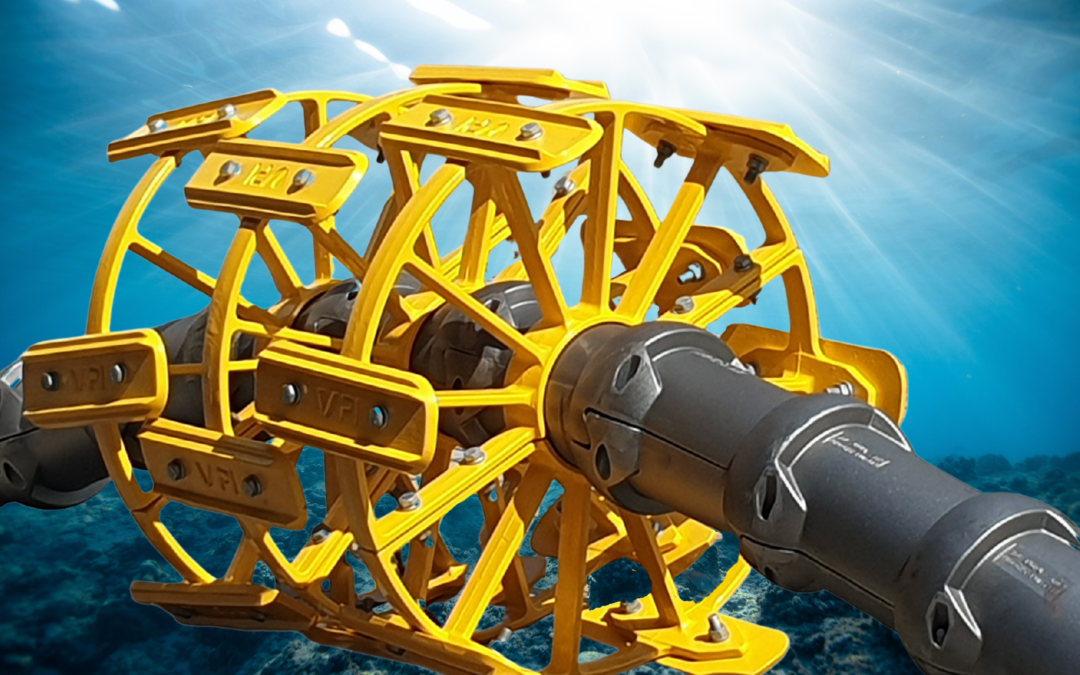 In recent years, submarine cables have been increasingly installed on the seabed due to strong growth in offshore infrastructure. An example of this regards offshore wind farms. Also, many offshore oil and gas fields are now being supplied with electronic power through cables.

While many of these submarine cables can be buried under the seabed, this also has its limits. Crowding on the seabed also relates to the number of pipelines that have been lying on the seabed for a while and the crossing with these cables.

According to a study published in 2016 by the International Conference on Power and Energy (PECon), significant temperature rises are measured at the intersection of the subsea cables. If this were not prevented, the temperature of the cables would rise rapidly, resulting in the aging of the submarine cables and premature cable failures.

One of the solutions they presented in their research is to insert a ‘steel block’ at the intersection of the underwater cables, which should improve the cable capacity. This gave rise to the idea of a ‘Crossing System’, in which there is a certain space between the cables that is created by a steel frame. As a result, the cables should not be able to influence each other and premature cable failures would be prevented. However, there are currently few consistent ‘guidelines’ for the design and installation of these crossings.

In addition to the fact that these underwater power cables are often large, a large underwater weight also plays a role when designing crossings between multiple cables. It must be safe and user-friendly, as well as maintenance-free and sustainable.

This is the reason Vos Prodect is introducing its renewed Cable Crossing System. This latest innovation is a bespoke product that has been developed to provide a permanent clearance between two cross channels of cables or pipelines. In order to provide additional impact resistance, the submarine cable is protected by the cast iron shells of Vos Prodect.

Thanks to the Crossing’s innovative design, developed by Vos Prodect’s engineering team, no steel bandings or special band fixing tools are required. Since user-friendliness is an important feature of Vos Prodect products, every effort has been made with this system to realize a quick and easy installation of the cable crossing.

Vos Prodect’s Cable Crossing system consists of cast iron pipe protection that increases the density of the cable, keeping the cable in the lowest possible position. Another key feature of the system is the flexibility in the production of the spacer sections for the required clearance from the seabed. Finally, rock dumping on top of the spacers is also possible due to the spoke-wheel design.

Have you become interested in Vos Prodect’s redesign of the Cable Crossing System, or would you like to get more information about this product? Do not hesitate to contact the specialist team of Vos Prodect.