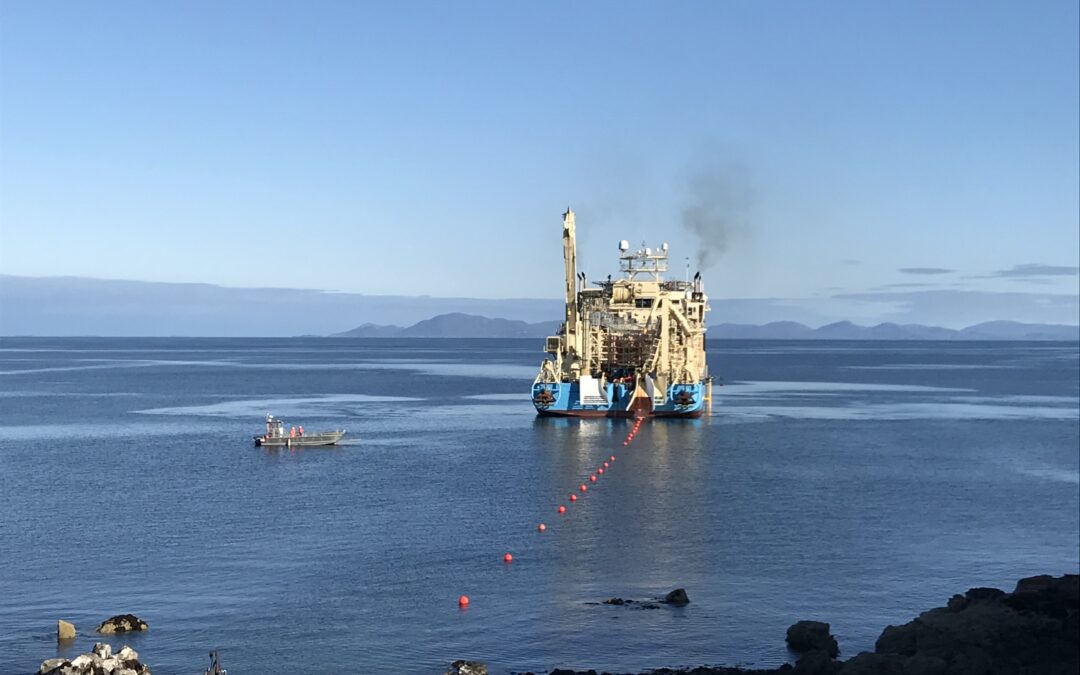 Vos Prodect Innovations (VPI) has been awarded by Global Offshore, a leading provider of cable installation services, with a contract to supply VPI CPS for protection of the subsea power cable between Skye and Harris, Scotland.

The cable replacement project of Scottish and Southern Electricity Networks (SSEN), includes installation of a new 33kV cable from Ardmore, Skye, to Beacravik, Harris, following a subsea cable fault in October last year. The submarine cable has been produced and delivered by Orient Cable (NBO) and the subsea work has been undertaken by principal contractor, Global Offshore.

Global Offshore has implemented the renowned VPI’s cast iron articulated pipes, as the system provides effective protection of subsea cables that is laid onto the seabed. Cast iron shells are partly utilized from the vessel and partly installed by divers in the vicinity of the shore end sections.

The CPS is developed for a fast-forward assembly with an extensive track record in offshore applications, with a focus on protecting and stabilizing the cables. VPI’s experienced team tailors the design against installation and service lifetime requirements of each project.

VPI is pleased to have completed the delivery in a short time frame, with a solid quality system in place to the project teams’ satisfaction. We look forward to our continued cooperation with Global Offshore.